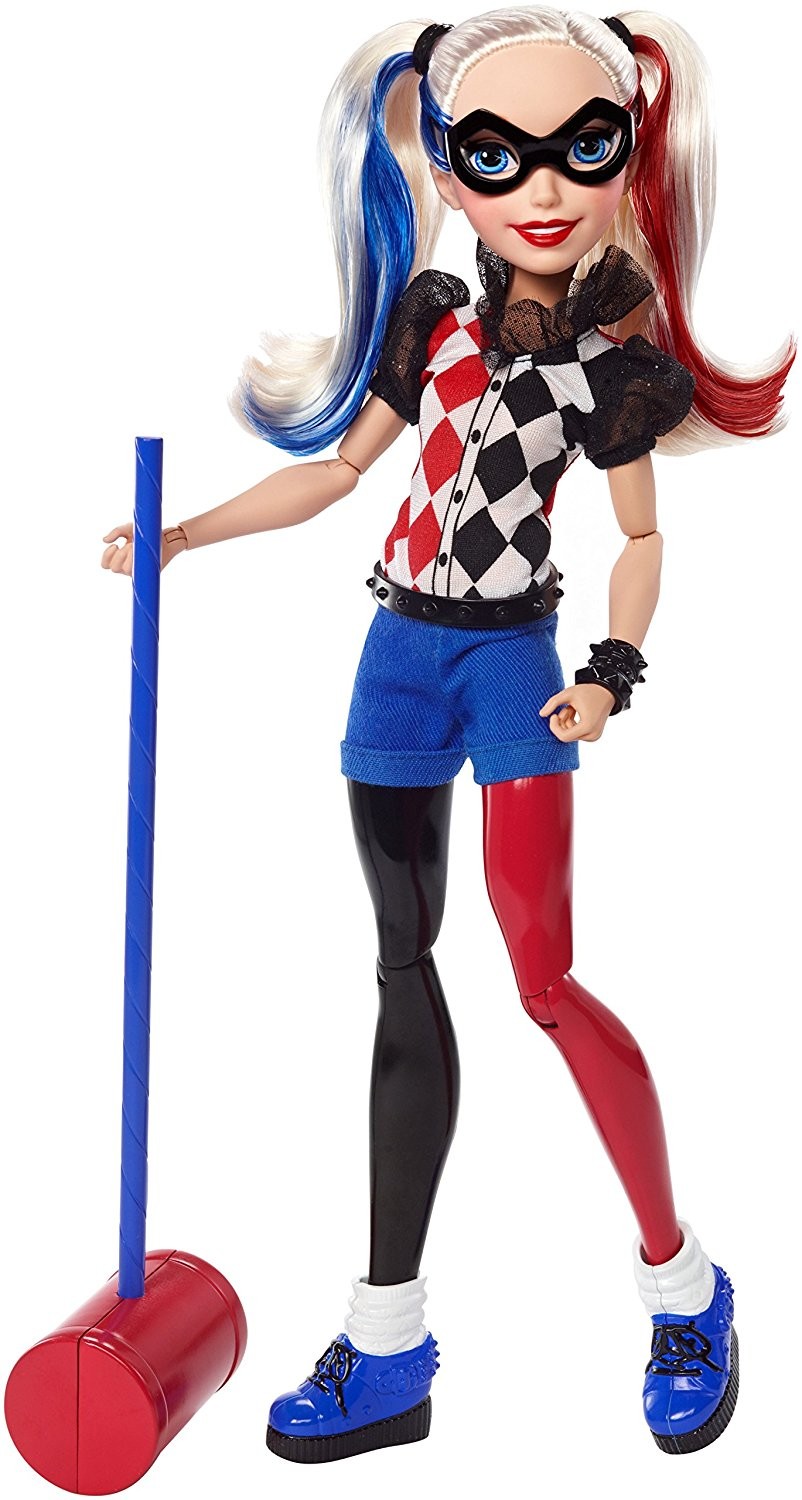 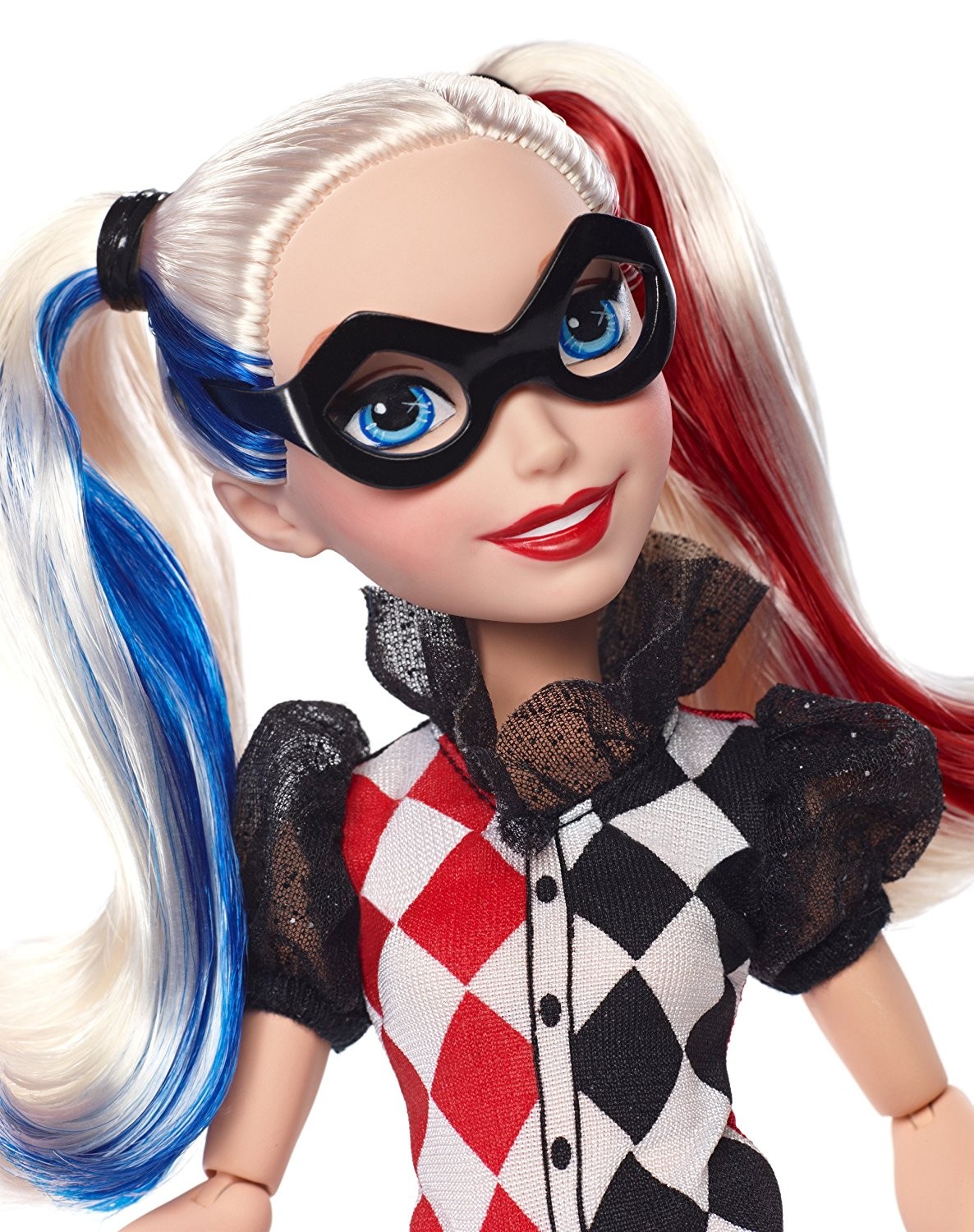 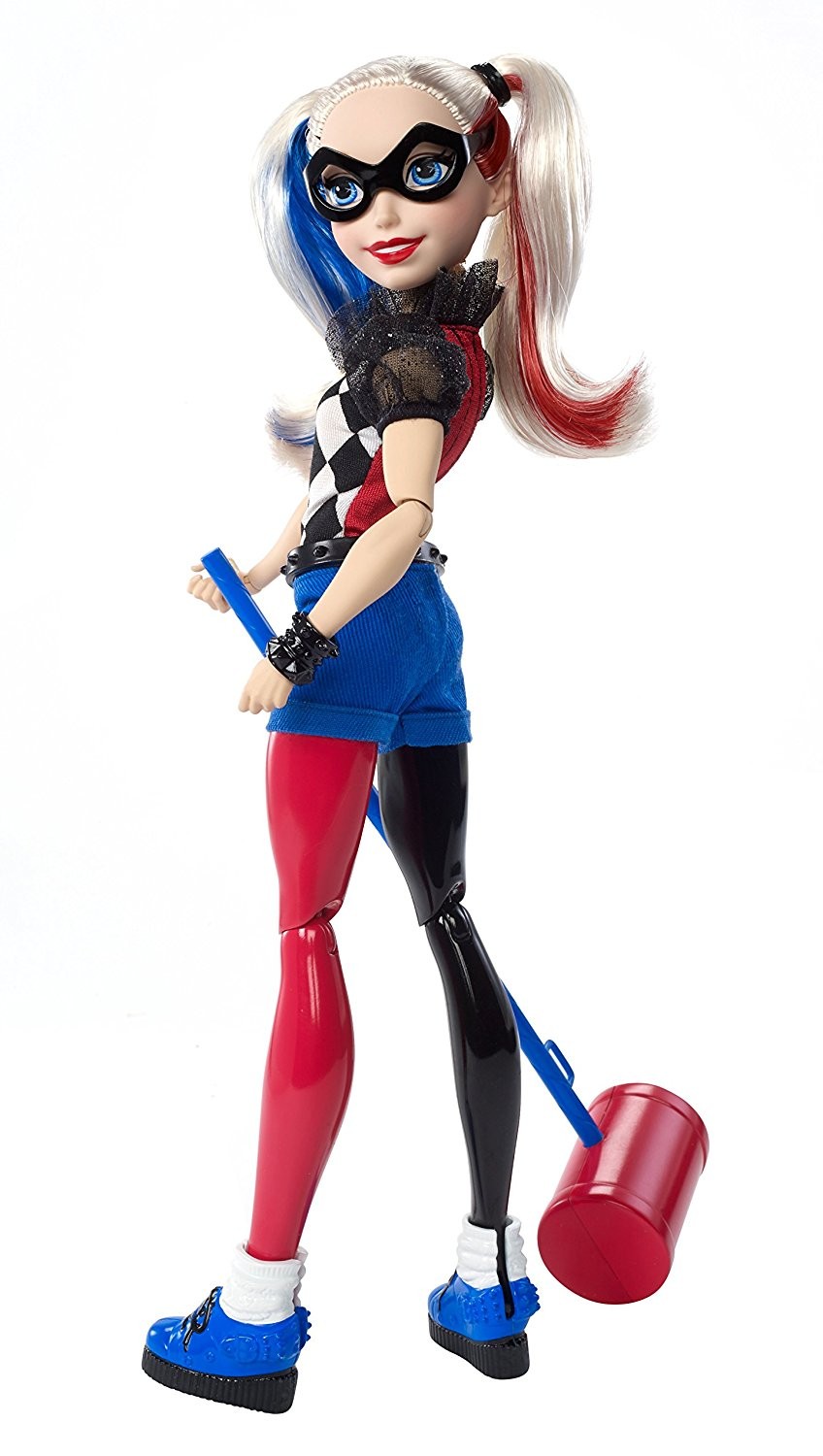 She's the clown princess of crime, and she's here to have fun! DC Super Hero Girls takes the best and brightest of DC's crime-fighting characters and presents them in the ideal form for imaginative social play.

Harley Quinn is wild but loyal - the first to come up with crazy schemes, but also the first to knock on your door when you've had a bad day. In her striking black domino mask and alternating red, blue and black diamond ensemble, Harley comes complete with an oversize carnival hammer. You know, for emergencies.

Full of laughs and pranks, Harley has a close relationship with supervillain Poison Ivy, and while Wonder Woman respects her crime-fighting abilities, the Amazonian warrior is always keeping a close eye on Harley's behaviour. Harley's definitely the wild card, but when times get tough, everyone's glad to have her around.

Perhaps DC Comics' most popular female character, Harley proved too popular to remain a villain and has now been described as the secret fourth pillar of the DC Universe, quickly becoming as beloved and recognisable as all-star characters Batman, Superman and Wonder Woman.