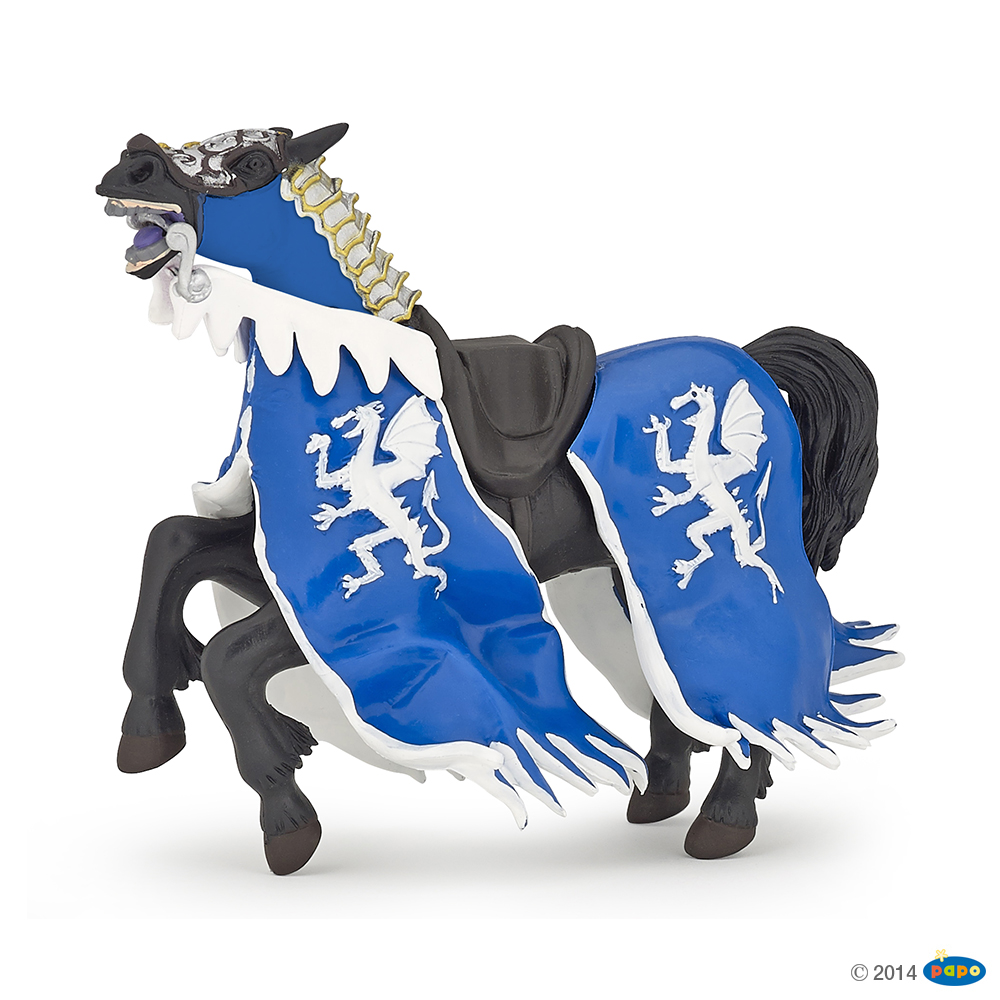 Picked out in striking blue, this amazing knight-hero and horse figurine set can be used in any one of the hundred stories it will inspire your child to tell. A fixed-pose figure, the Papo Blue Dragon King and Horse is less likely to break or lose pieces - it's as durable as any Medieval hero should be.

Long ago, the great dragon Sunderglow - injured after a titanic battle - fell into an aeon-spanning slumber. In its shadow, the humans it had saved raised up a mighty kingdom dedicated to worshipping and preserving their protector. This was Drakeshade.

Thousands of years later, memories and resolve eroded by time, Drakeshade is in the midst of a bloody civil war. The Wyrm-Keepers, sworn to the blue flag under which they protect slumbering Sunderglow, wage a constant rebellion against the Sons of Fire who - beguiled by greed - have begun to plunder the dragon's body for resources.

At the head of the Wyrm-Keepers is a figure known only as the blue king - a wildly skilled archer elevated to a resistance figurehead by the rapidly dwindling forces of good. He rides a jet-black stallion - one of two perfect horses raised by the wizard Bathsheduh. Prophecy states it will save the life of the next king of Drakeshade.

These incredibly realistic figures recreate a fantasy king in full regalia sat astride a charging, whinnying horse bedecked in royal dressage that billows in the wind. The king draws his bow, arrow at the ready, fit for the very heat of battle.