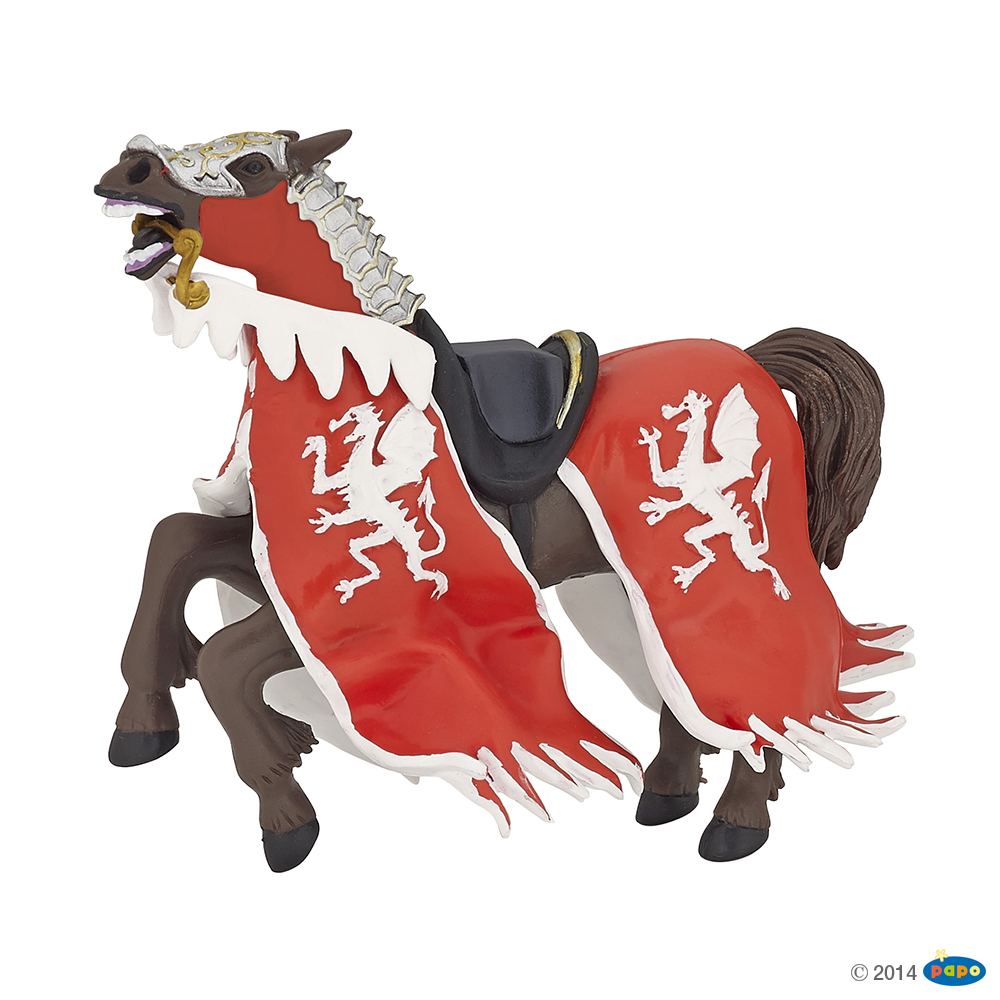 This awesome Papo Red Dragon King Horse Figure is a sturdy, exciting toy guaranteed to awaken the creative, storytelling spirit in your child. With no pieces to break or lose, this charging Medieval hero is up to any adventure.

Long ago, a titanic battle was waged to silence the fiery anger of the great dragon Sunderglow. It could not be killed, but ever since it has lain in an aeon-spanning slumber. As its defeat proves, life will endure, and even in the shadow of the great beast, a mighty kingdom rose. This was Drakeshade.

Thousands of years later, fear and superstition curdled by time, Drakeshade is in the midst of a bloody civil war. The royal order of the Sons of Fire are sworn to prevent the dragon's awakening, working under a fiery banner that acts as a constant reminder of what will happen should they fail. They are opposed by the Wyrm-Keepers, a fanatical religious order dedicated to protecting and awakening vile Sunderglow.

At the head of the Sons of Fire is the prince himself, disguised as his ailing father. Brandishing the spear which is said to have once felled Sunderglow itself, he rides an oak-brown stallion - one of two perfect horses raised by the wizard Bathsheduh. The prophecy states its final whinny will herald either the dragon's death or its rebirth.

These true to life figures depict a fantasy king complete with golden armour and brandishing a spear. He sits on a galloping horse bedecked in royal dressage.