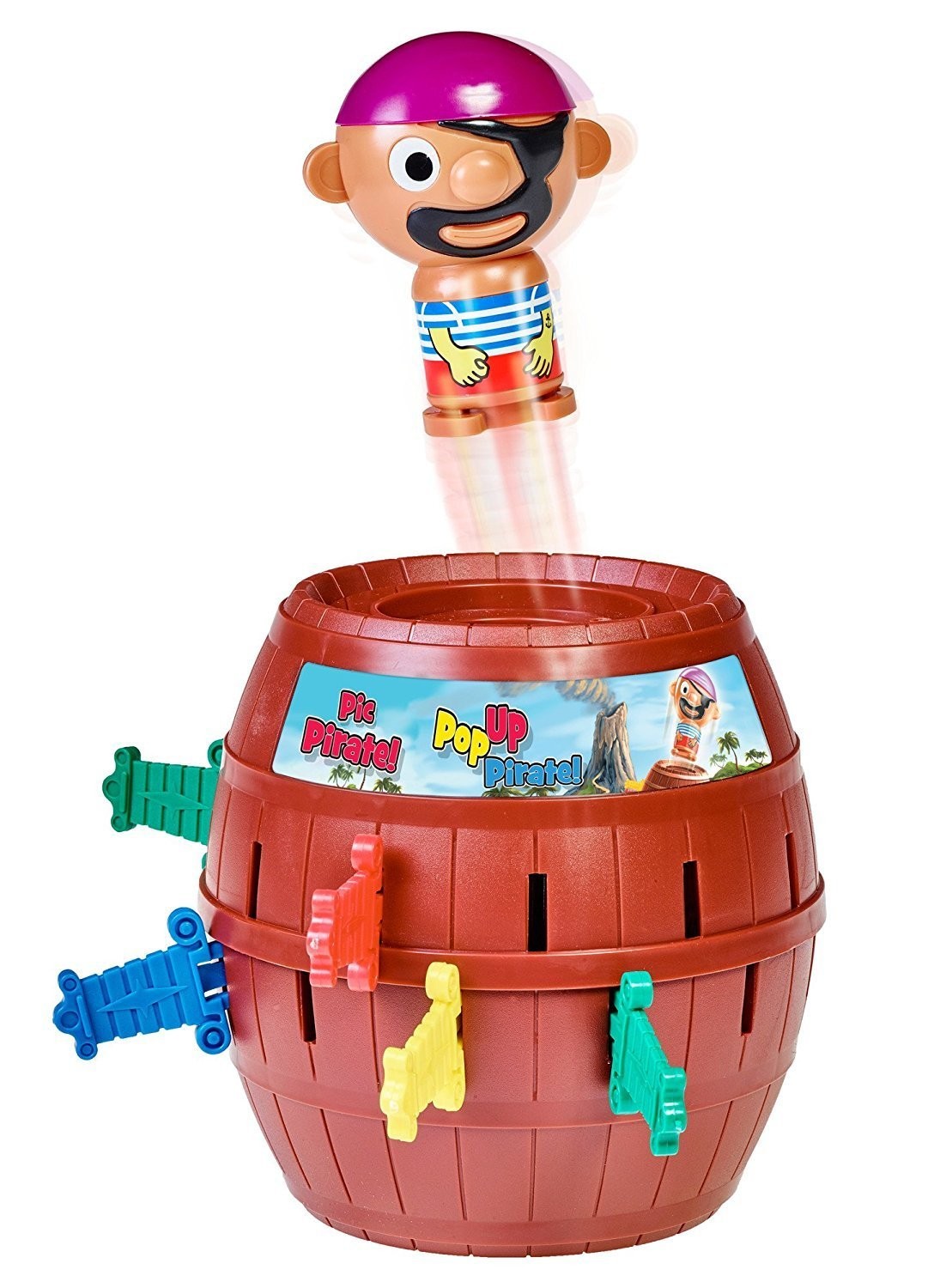 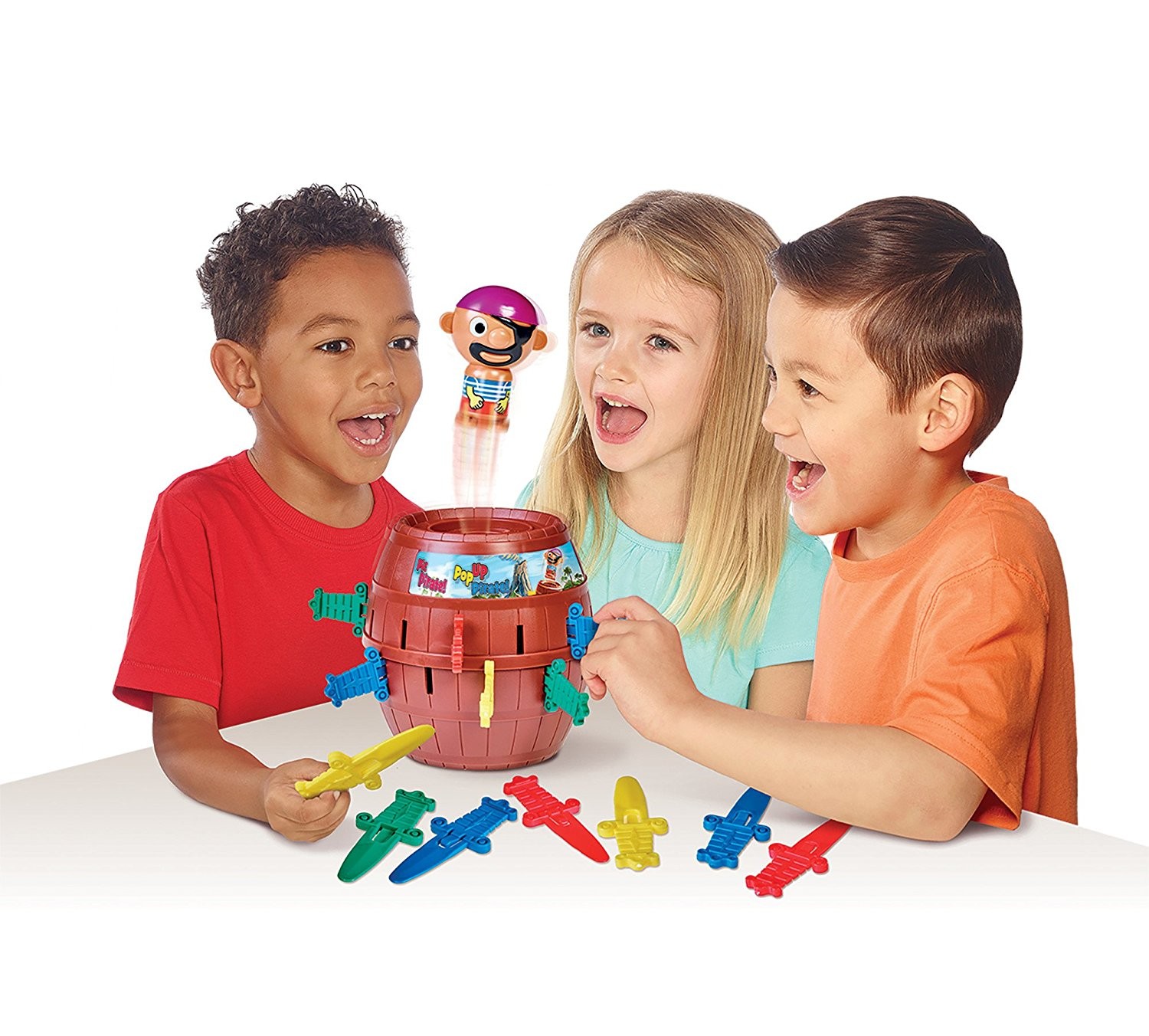 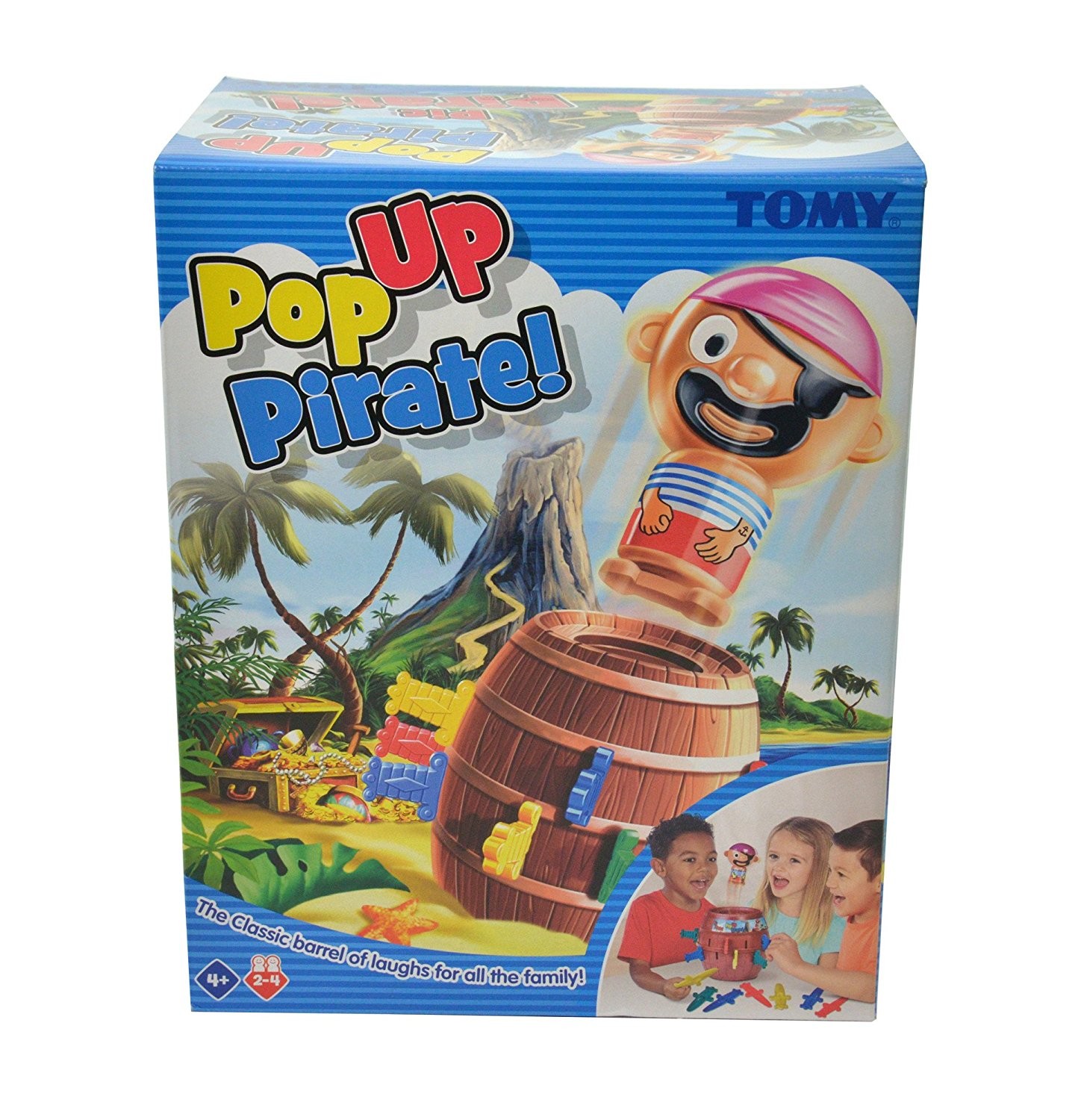 Include the entire family in this fun activity and let’s get popping. TOMY Pop Up Pirate is a unique and amusing game that sees between two and four players try to put all the swords in the barrel without making the pirate pop out.

This toy consists of a barrel, a pirate and twenty-four swords that should be slid into the slots on the barrel. Rules are simple – you take turns trying to insert swords until the pirate pops out. Once he goes “Arrr”, you’re out. The slot which makes the pirate pop changes every time you insert him back into the barrel, which keeps the game unpredictable.

Trademarked by Tomy, this toy can be used by children older than 4, but you're sure to find it equally entertaining, too! With a stunning design and durable structure, this colourful game is simple enough to play even when you get home from work and your kids still want to play. There are no complicated instructions and no reading during the game.

This interesting toy is easy to set up, doesn’t require batteries and operates on a simple spring. Kids around the world love it, as it’s one of the most thrilling family action games, keeping them away from video games for just a little bit longer.