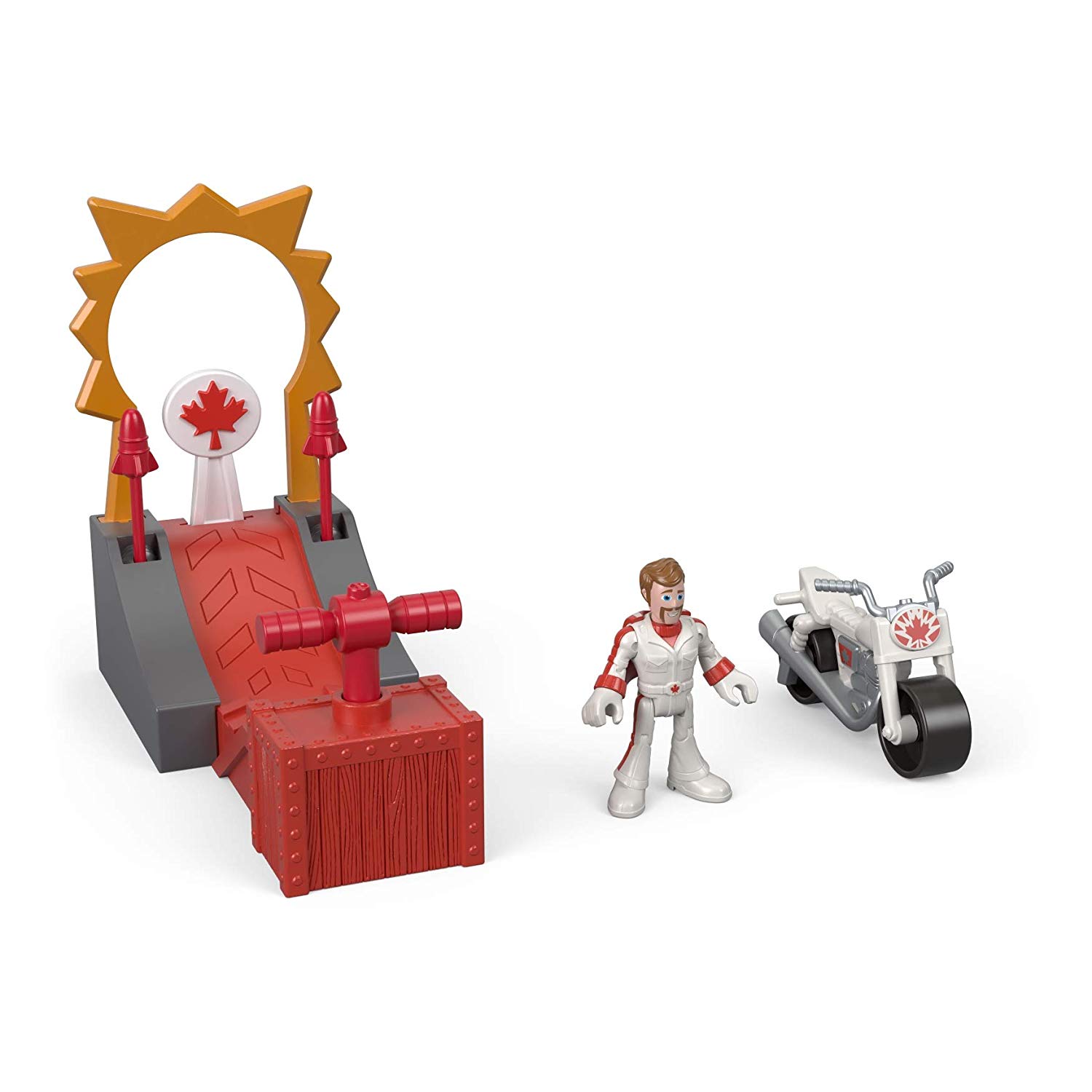 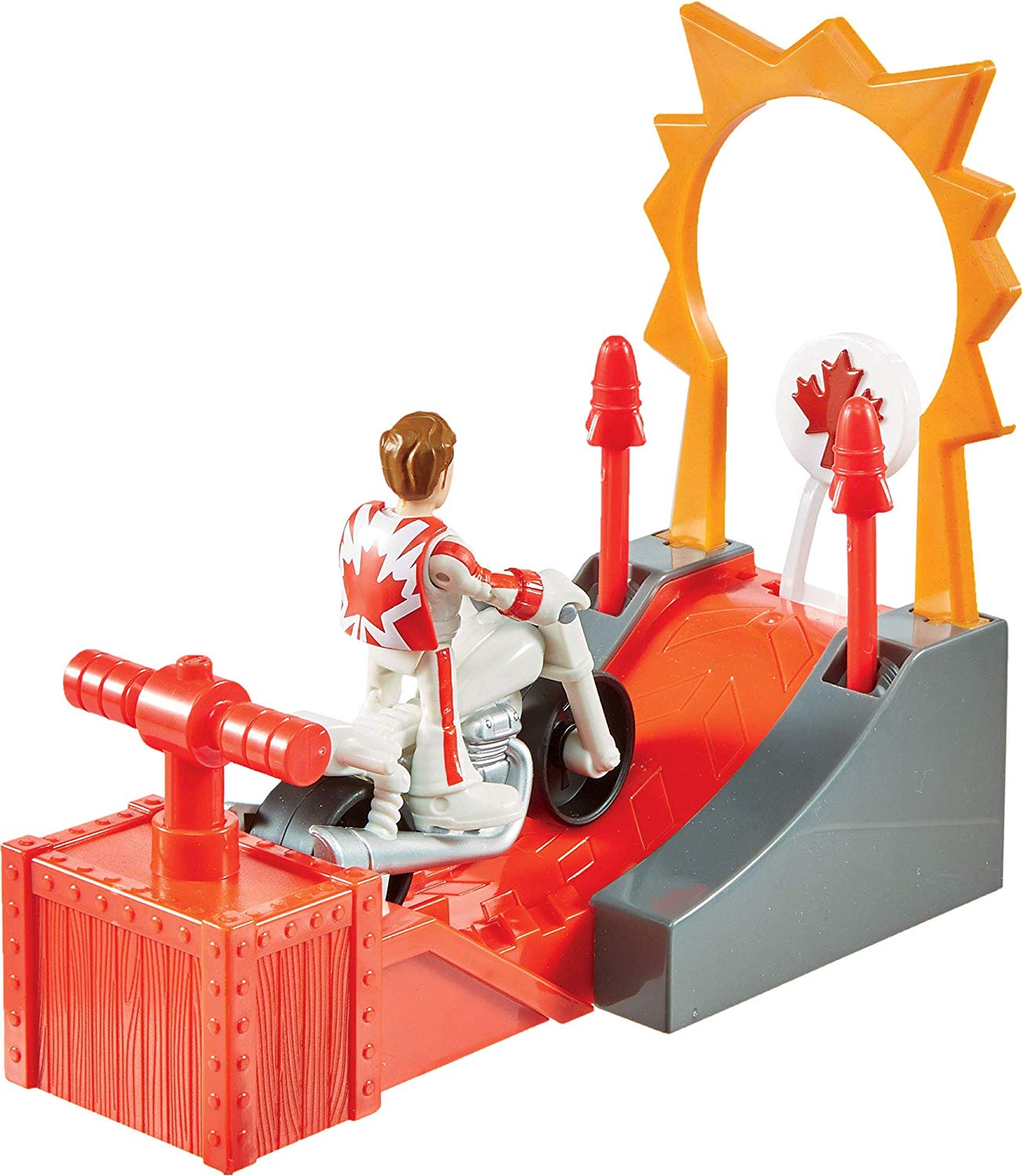 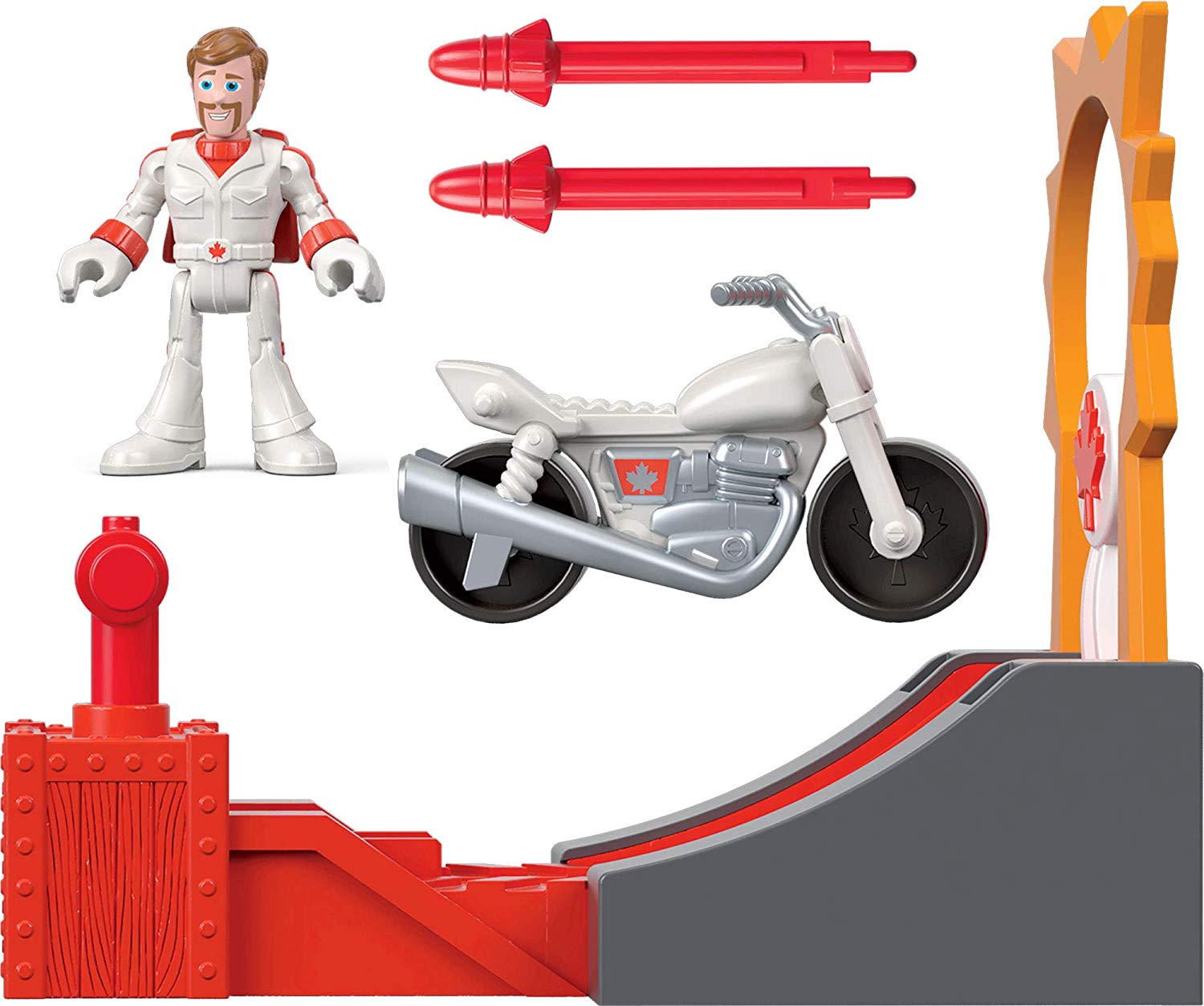 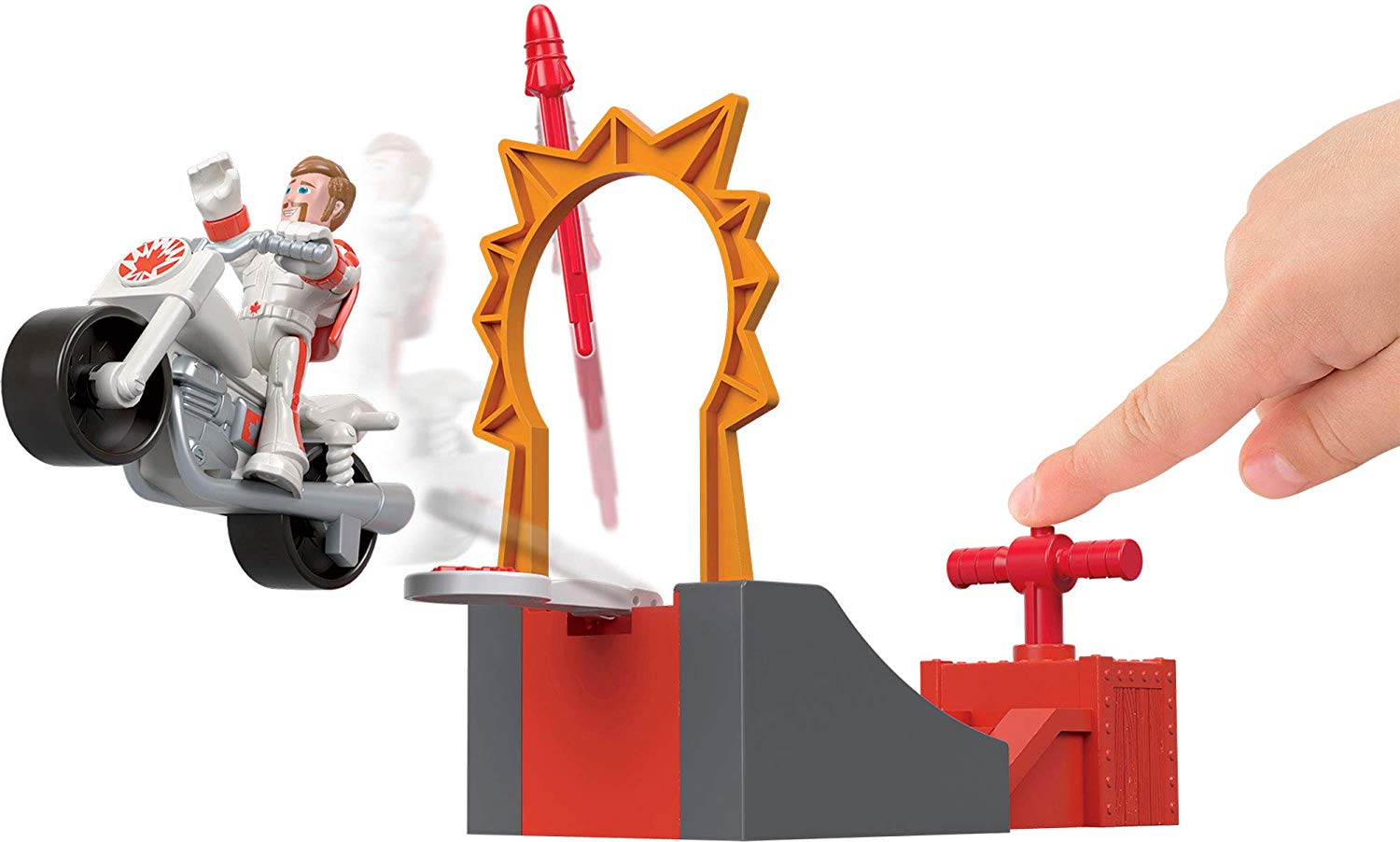 Children can help Duke Caboom to carry out daring acts of bravery, with the Imaginext Duke Caboom Stunt Set. Featuring the favourite Toy Story 4 character, as seen in the hit Disney Pixar movie, this toy is sure to be a popular choice.

Duke Caboom, his motorbike, two projectiles and his stunt launcher are all included as a package. Children can sit Duke on his bike, and use the launcher to fire him forward. Duke's projectiles will fire into the air when he hits his target, creating an impressive stunt show that little ones will love again and again.

Duke himself is a poseable figure. You can play with Duke without the rest of the stunt set, even powering the motorbike using its pull back and go feature instead of the included launcher, or use it as a complete package. To launch Duke, simply click the motorbike back into the launcher and push the button to send him through the Ring of Fire. The Duke figure firmly grips the motorbike handles, so that he can even lie in a horizontal position rather than sitting on his motorbike seat.

Parents that used to have the Evel Knievel Stunt Cycle toy will find that this Duke Caboom replica brings back some fond memories. Children will love using their imaginations to create stunt scenes of their own.